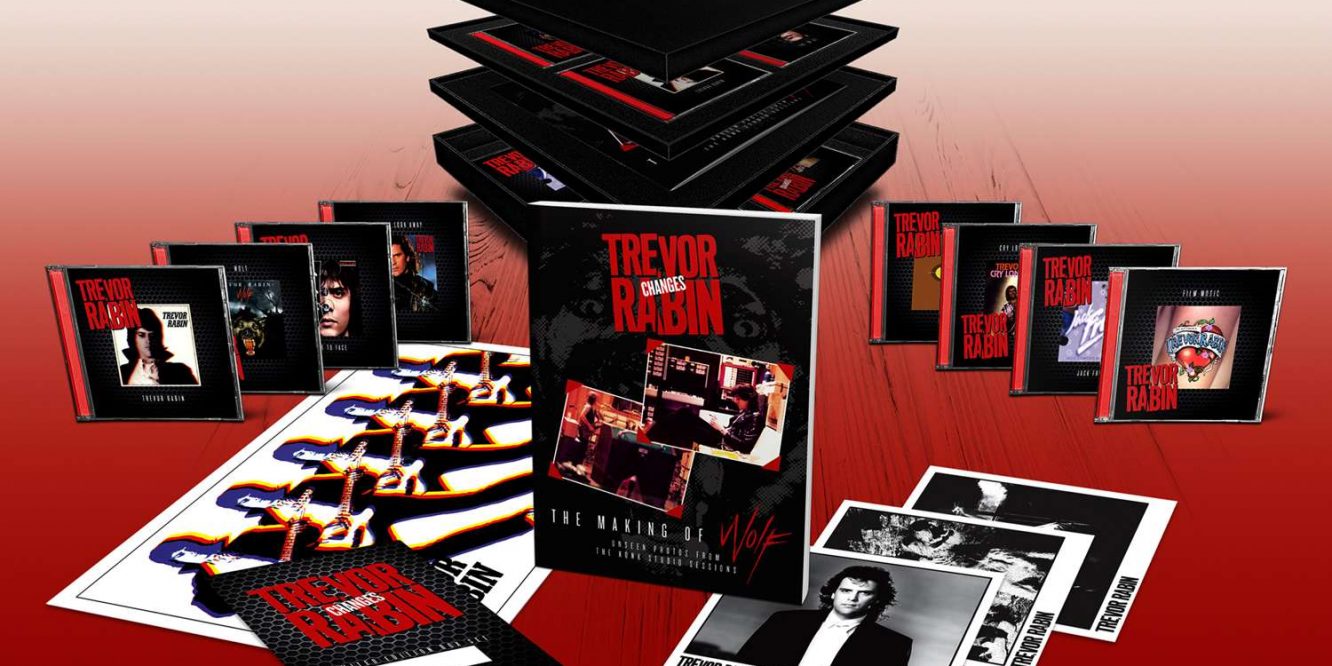 There aren’t a lot of guarantees in life, but I guarantee you that I wouldn’t be a Yes fan if not for Trevor Rabin. His work as a songwriter, guitarist, and vocalist was what got the band on the radio during the 80s and early 90s, and it was songs like ‘Owner of a Lonely Heart’ and ‘Lift Me Up’ that got under my skin and set the stage for my lifelong love of Yes.

Before he started working with Chris Squire, Alan White, Tony Kaye and Jon Anderson, Rabin was already an accomplished musician, first in his native South Africa as part of Rabbitt, a band that experienced Beatles levels of popularity at home, and then as a solo artist with three albums under his belt (1977’s Beginnings, 1979’s Face To Face, and 1981’s Wolf). During his tenure with Yes, he’d release a fourth album, 1989’s Can’t Look Away. All those titles, along with two live albums, two CDs worth of Rabin’s post-Yes movie scores and his demo album, 90124, are collected for the new box set, Changes from Gonzo Multimedia. It’s an incredible way to gather all of Rabin’s solo rock work.

Listening to the set, I was struck by a few things. First off, his debut album is a corker, a great mesh of power pop and hard rock hooks. As well, throughout those early albums, you can hear much of what Rabin would bring to Yes during the 1980s and early 1990s, and it’s not just his pop sensibilities. Rabin’s vocal work, especially his harmony vocals, would be a key part of Yes’ success, and you can hear he was already using those skills as a solo artist.

This week, I had a chance to talk to Trevor about so much, including:

Trevor and I were originally supposed to chat for just 20 minutes, and in the interview below you can hear me ask if he has few more minutes when our time is nearly up. Trevor was more than generous, and the end result is one of the greatest interviews I’ve had to pleasure to be a part of. I hope you enjoy it as much as I did. Before you dig in, though, you might want to reacquaint yourself with the video to Yes’ ‘Owner of a Lonely Heart’. You’ll hear why as our conversation begins.

Thanks to Trevor Rabin for his time and to Billy James at Glass Onyon PR for making this interview happen. You can order Trevor’s box set Changes and more here.