Now available at your local Wal-Mart and streaming exclusively on Shudder, Rebekah and David McKendry’s All The Creatures Were Stirring is a comedy-horror anthology film that is an absolute joy to watch. My family and I have watched it twice since it came out and I can say it will definitely be a Christmas staple for years to come. I say that as someone who can count on one hand the number of Christmas horror movies he likes and maybe have a finger left over. If you’re a fan of Tales of Halloween, All The Creatures is your Christmas counterpart. I got a chance to get on the phone with David (Rebekah had just been pulled into an editing meeting) and we talked about how this movie came about, and working with your spouse.

BBP: Where did All The Creatures Were Stirring start? What made you choose this as your first feature?

McKendry: Talking about Christmas horror, Rebekah and I both enjoyed the sinister side of Christmas. Even things that aren’t intentionally sinister, like Christmas specials, weird saccharine Christmas specials, that we love watching and both grew up on, but at the same time while you’re watching you always feel like there’s something sinister happening behind the scenes, like when the cameras turn off. Like these saccharine people can’t be that sweet and nice. So we both saw the sinister in what other people see as this beautiful scene, so it kind of bore out of that and also that we wrote something like twenty scenes. And this is what we whittled it down to. It just came up that we were going to do this and it flowed, just kept flowing out. The ideas just kept coming. We love Christmas and we love horror. It was just easy. Well, I can’t really say easy, it was a difficult process, the ideas just came pretty quickly. 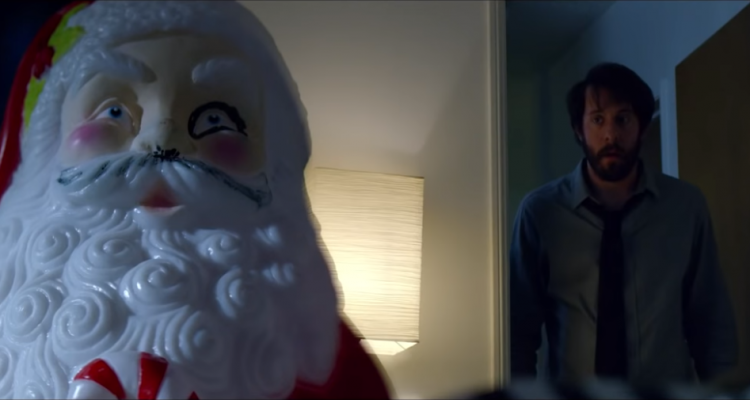 Since you had a wealth of material to work with is there a chance for a sequel?

Oh, yeah. We shot scenes that we actually cut out of the film, because we were worried about keeping a tone, and keeping a good pace with it. And some things fit together with other things we had written better. We could keep pumping out All The Creatures for quite a while.

How do you guys work together, what’s your process for writing?

We have brainstorming sessions where we come up with ideas, outline some stuff together, I might go up and write something and hand it to her, she’ll tear it apart, tell me everything that’s wrong with it, then she’ll fix it. We’ll go back and forth like that and come to some kind of agreement. Most of the time, we’ll get into some heated argument over what we think may work, we’ll argue back and forth for a while. And after we cool down we’ll realize that neither idea will work and we’ll find something that actually does work together. It’s kind of a set process, but it’s got a bit of randomness to it. It’s a lot of back and forth, a lot of compromise, and sometimes we realize we’re both wrong.

It must be more freeing working with your spouse than, say, a random writing partner.

You lower some of the inhibitions and filters when you’re discussing things and you get to a more honest place. When you both have an intimate respect for each other and understanding, you can actually tell each other things without it being personal. And know that it’s just about the work. That’s a big benefit to working with my wife.

What is your favorite Christmas movie, horror or otherwise?

Oh, it’s probably not going to be horror. I do love Scrooged. It’s probably going to be Emmett Otter’s Jug Band Christmas. I grew up on that and love it and probably watched it a million times. I introduced it to Rebekah and she had never seen it and now she loves it. And the outtakes for that are amazing. So go on YouTube and check out the outtakes.

Creator of Stranger With Friction and author of Motel On Fire, City Long Suffering, Hounds Of Doom, Conspiracy Of Birds, and Lose This Skin. Former contributor to Popshifter. #Avant-Noir #PunkLit View all posts by Tim Murr