Classic rock fans tend to be collectors. They love ephemera and rare live tracks. They can hear the difference between an original studio mix and a modern remix in an instant. Often, these people find a band they enjoy and stick with it, gathering everything they can about that group. That makes a boxed set the perfect gift for that kind of person. Streaming music has its place, but there’s nothing like being able to hold the media, read the liner notes, and listen to favorite songs through something besides a pair of dinky earbuds.

No band defines “classic rock” better than the Beatles. From the original British Invasion, through psychedelia and quaint chamber pop, to sprawling rock and roll epics and the ending of the Sixties, the Beatles were the constant. Their eponymous double album, popularly known as the White Album, has received the super deluxe treatment. The original 30 tracks have been remixed and remastered into both stereo and 5.1 surround. There are also 50 takes from the recording session, most of which have never been released. It is a revelation for Beatles fans, and a must-have for any rock and roll lover.

Hair metal fans probably already have some Def Leppard stuff, but The Collection: Volume One should blow back the mullets of everyone who hears it. The set includes the band’s first four albums, remastered by Ronan McHugh and Def Leppard lead singer Joe Elliott. There’s also a rarities disc and a reproduction of the the band’s first EP. This was Def Leppard at the peak of their popularity. Eighties rockers will be able to gunta-gleebin-gloutin-globin or whatever the hell he says at the beginning of “Rock of Ages” all night. We’re big Rush fans here at Biff Bam Pop. You might have heard Andy Burns discussing his love for the song, “La Villa Strangiato,” on a recent episode of Songs in the Key of X. That tune is from Rush’s album, Hemispheres, which has recently been re-released for its 40th anniversary. Remastered and jam-packed with extras, Hemispheres is fantastic sci-fi prog rock, and the new set will certainly fulfill your Canadian Content requirement for the holidays. 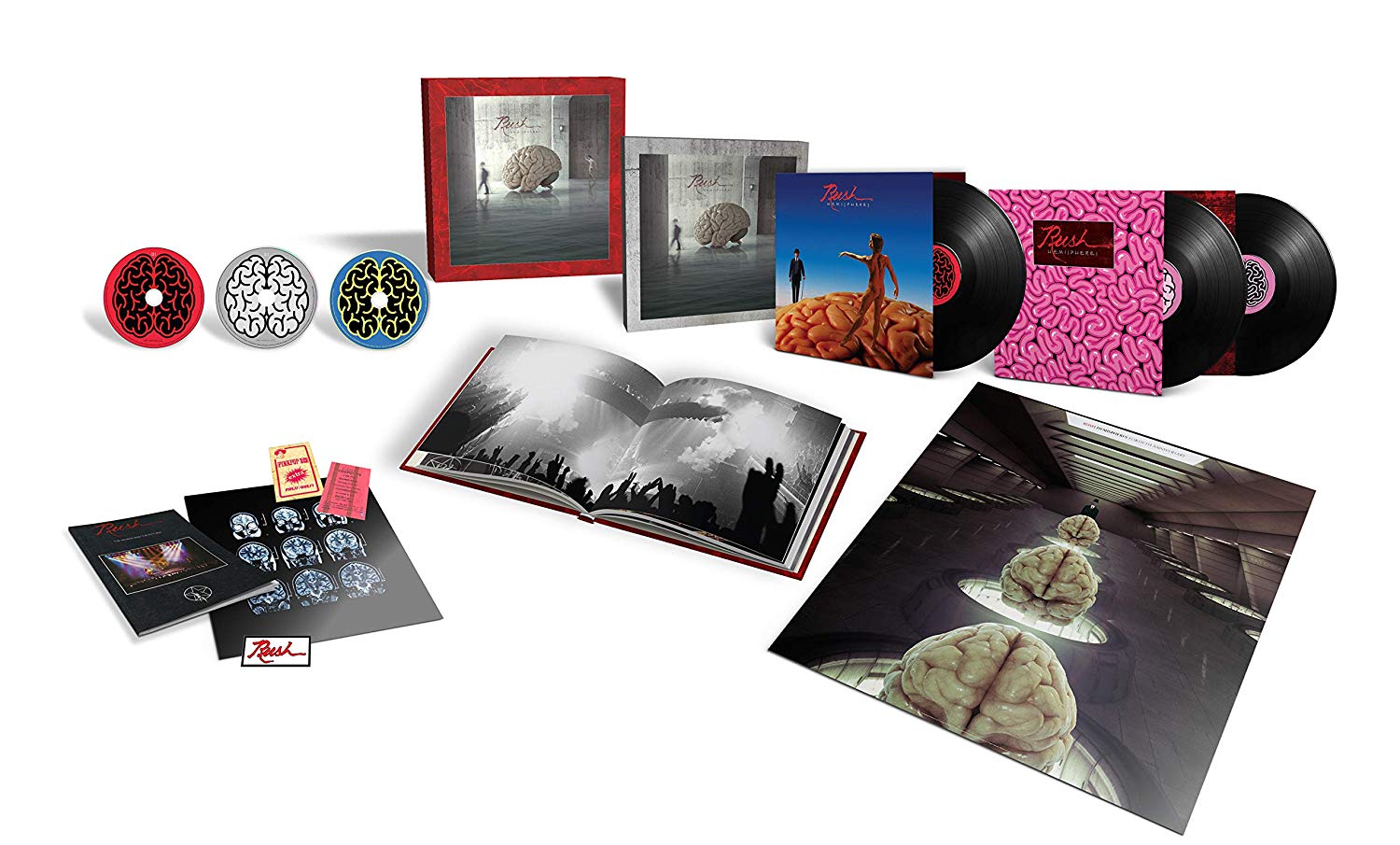 People who have only recently discovered the California canyon coolness of the Eagles will be most impressed by their boxed set called Legacy. It includes every single album recorded by the band, from their 1972 debut to their most recent release, Long Road Out of Eden. A majority of the remasters are a few years old. They’re still an improvement over the originals, but true Eagles fans probably already own them. Do some detective work on your projected recipient before purchasing this set. Regardless, it’s a whole bunch of Eagles in one fell swoop, and a fine gift for anyone who has only heard “Hotel California” on the car radio.

A lot of people don’t realize that Fleetwood Mac has been around for five decades. They’ve had lots of personnel changes, and their popularity has waxed and waned, but they’re still here. Their latest boxed set, 50 Years – Don’t Stop, traces the band’s history from their beginning as a blues band to Rumours and beyond. You won’t find any entire albums here, though. Think of it as a really extensive greatest hits collection. It’s bound to please the Fleetwood Mac fan on your list, serving to remind them that Bekka Bramlett was once in the band, too.

These sets come in either CD or vinyl formats. Vinyl is pricier, of course, and that’s something to take into consideration when making purchasing decisions. It’s only rock and roll, but someone on your list is bound to like it. Lots of it. That’s what these boxed sets provide. All that rockin’.

Jeffery X Martin lives in Knoxville, TN, with his wife, Hannah. He is the managing editor of pop culture website, Biff Bam Pop! and host of Songs in the Key of X, the tiniest radio show on the internet. A folk horror writer, Martin is the author of seven books, His latest, 'The Flock,' is available through Amazon. In his spare time, he enjoys watching professional wrestling, Italian horror movies, and espousing the glories of terrible music from the 1970s. View all posts by Jeffery X Martin