Hey there, fans! After taking a week off the wrasslin’ juice (okay, I still watched NXT) I’m back with a selection of thoughts and opinions on some of the goings-on from the world of chair shots and table spots.

Of the many gimmick matches that WWE rolls out from year to year, I have to say that I like the Elimination Chamber the least. It feels too big, too over the top, and I feel that the risk-to-reward factor of the structure is too high for me to enjoy it.

That said, I am pretty sure that the men’s match, featuring champion Daniel Bryan defending against AJ Styles, Samoa Joe, Randy Orton, Jeff Hardy, and Kofi Kingston, will be a much better match than last year’s Braun and Roman show. I expect some high flying fun from Kofi, stiff bumps by Joe, and a win for Daniel Bryan. 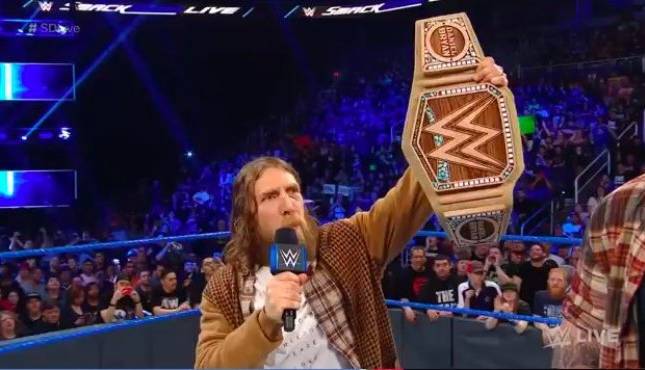 On the women’s side of the cage, we will see the crowning of brand new women’s tag team champions. As exciting as this development is, I really don’t like this presentation as a way to crown the champions.

I fully understand that by doing it this way more talents can be involved in a historic match, but I feel like it falls into the “if everyone’s special then no one is” category. I would much rather have seen a tag-team tournament with the finals taking place at Mania than as a sideshow attraction at the Chamber. Bayley and Sasha are the obvious favourites, but I’m rooting for another team to get the rub off this one.

Just not Nia, please not Nia.

I’m pretty sure there are more matches on this thing but, if I’m honest, they will most likely get the PVR speed viewing.

I’ve read a few places across the world of internet wrestling commentary that Universal Champion Brock Lesnar will be working a very light, nearly non-existent schedule from here til Mania. I’d say take internet talk with a grain of salt, but this is pretty much what we expect from the Beast at this point, so I am inclined to believe it. What I don’t believe and really can’t understand, is that we are doing a Brock championship match at Mania again.

Did Vince not hear the boos last year? 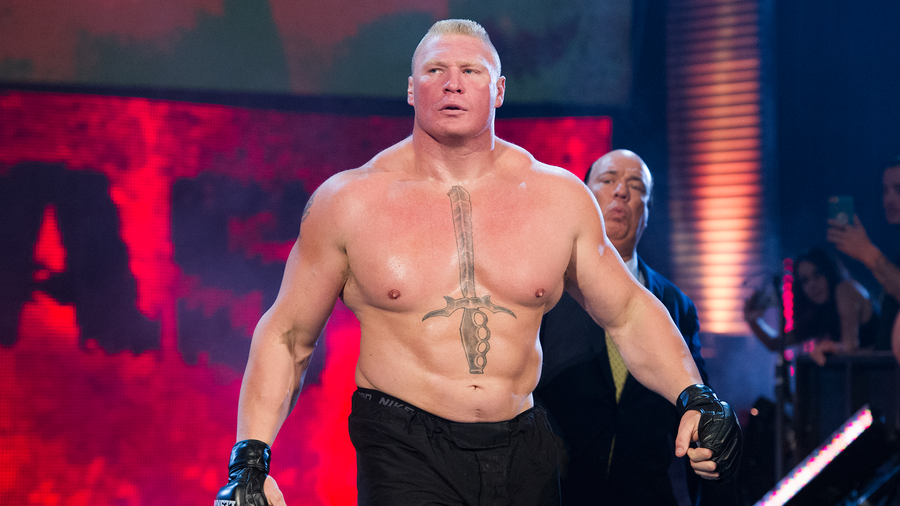 There were a lot of factors working against last year’s Universal title match between Brock and Roman (7 hour show, cough) but a really big one is that people are sick of Brock doing the same. Damn. Thing. Never even mind his matches, which are stiff affairs that I honestly feel he shows up for, mostly. What I’m mostly referring to is his entire act. It hasn’t changed in years. Same pose. Same shirts. Same smirk. Same show up and vanish for months at a time deal, leaving a champion-sized hole on the WWE’s flagship program.

I just have to ask: What’s the upside?

Is this match going to make Seth Rollins the way they hoped it would make Roman?

WWE has given Brock an unbelievable amount of equity. He has wins over Joe, Braun, Roman, Ambrose, Balor, AJ, Bryan, Kane and he broke the friggin’ streak! At some point, that has to pay off for someone, cause it sure isn’t doing anything for the fans.

The AEW roster is growing.

Of course Kenny went, let’s get that right out of the way. I’m not saying there is no price tag that would have sent him to the fed, but clearly he chose to work with his buddies and pass on a Wrestlemania moment, which should tell us all something about how seriously the AEW crew is taking what they are doing.

I’ve seen some other signings across social media, most of whom I have very little to say about as I don’t know who they are, but a core is starting to emerge, giving us a picture of what AEW television will look like, at least off the top.

The proof will be in the pudding of course, but the slow roster build/reveal continues as part of a very slick brand build on behalf of Cody, The Bucks, and their team.

Good for him. Whether he is taking a break or exploring other avenues, it’s always good to see a guy leave on his own terms on his own two feet.

Is he going to travel the world? Join AEW? Sit at home and cringe while his wife does commentary on RAW?

Only Dean knows, but after years of the WWE grind I imagine a few weeks on the couch and some time to catch up with himself will have the Lunatic Fringe feeling like a new man.

The Becky stuff is great.

Since comparing Becky to Steven Austin is a thing to do, I feel like I should point out that Steve never, ever, had an easy road to a big match. He had to overcome obstacles, screwjobs, or fight the entire corporation with an arm tied behind his back every time he had his sights set on a big match. Seeing him beaten down but defiant was a defining trait of the Stone Cold character. If he always won he would have been Goldberg; fun to watch, but ultimately really boring once you got past the Spear and the fireworks.

I’m not 100% sure that WWE Creative is working us with the suspension and the Charlotte, but they did get us like this with Daniel Bryan a few years ago, and what a Wrestlemania moment that was.

Stop getting mad. Stop rage quitting the network. Watch wrestling like you used to before you were an “expert” on booking and just enjoy the ride.

NXT VS AEW is the real main event we are waiting for.

During a large scale sports related event a few weeks ago, WWE presented a one-match Halftime Heat program featuring six of the top stars of NXT. The match was essentially a highlight reel of the best the black and yellow brand has to offer, with high spots, great story telling, and passionate fans playing their part, cheering and booing where appropriate.

What was interesting about this choice is that, when given a chance to try and entice wrestling fans new and old to watch something, WWE went with NXT instead of the main roster.

Instead of Seth, Finn and AJ versus Bryan, McIntyre and I dunno… Corbin, I guess (had a really hard time thinking of three quality heels there), we had Ricochet, Black, and Velveteen Dream vs Gargano, Ciampa, and Cole. Could either six have put on a great match? Absolutely. But WWE went with Shawn and Hunter’s boys over the others for a reason: they are hungrier.

The match that those six men put on at Halftime Heat was, in my opinion, shots fired at the rest of the wrestling world.  A world which now includes AEW, who are positioning themselves as a wrestling fan’s wrestling product. Wins and losses, New Japan style work rates, realistic presentatio,n and matches based around animosity. Not the complete antithesis of the WWE main roster, but close.

But when you think of those characteristics of a pro wrestling company, you have to ask: who does all that stuff better than NXT?

Also worth noting is that NXT is now tied together with NXT UK and 205 Live, which is a bigger deal than you might think. While AEW is building a roster, the NXT brand has three really deep talent pools to draw from for new and exciting matches.

For goodness sake, they had Bate vs Cole and Bate vs Dream on the same special!

My point is, I don’t think WWE is going to be competing with AEW. WWE is too big and, more importantly, they aren’t doing the same thing. WWE is sports entertainment and AEW is pro wrestling. Yes, NXT does fall under the WWE umbrella, so they are Superstars and all that jazz, but it’s impossible to watch even one episode of NXT and not see that they are presenting wrasslin’ in its best, most pure form.

They are also presenting on a subscription service that includes all the wrestling ever. Okay, not all of it, but damn close. If I hadn’t watched wrestling in a while and my buddy had me tune in to Halftime Heat while watching whatever that other sports thing was, I would say that $9.99 is a pretty sweet deal if it meant I got to see those guys working from week to week.

The story of AEW vs the rest of the wrestling world is just starting. There will be ups and downs along with the lustre of a new toy and the inevitable ups and downs of the wrestling world. All I’m saying is that while everyone is wondering what WWE’s answer to the new kid on the block will be, I think they already showed us: it’s NXT. It’s the growth and development of a global brand that will provide them with fresh talent, fresh matches, and exposure the likes of which have never been seen in the wrestling business.

Is the launch of AEW a new front in the wrestling wars? Maybe. But I don’t believe the battle ground will be Monday nights or PPV buy rates. I believe it will be in the ability of performers to engage new and lapsed fans with a version of pro wrestling that they can believe in. And nobody does that better than NXT.

Til next time, see you around the loop.

View all posts by Richard Kirwin