A couple of days ago one my old friends from high school posted on Facebook about buying tickets to Metallica’s two-night Orion Music + More Festival in Atlantic City. I almost exploded with jealousy – envy-green guts all over the keyboard I’m typing on right now.

My old friend Doug and I built a friendship based almost exclusively on our mutual love for Metallica. To be perfectly clear, Doug and I didn’t just love Metallica, we loved Metallica like Beliebers love JB. I once cried at a Metallica show. But for perspective, the guy in front of me who bought the $50 t-shirt on the way in, ripped it in half during the first song. Metallica ruled pretty hard in the mid-90’s.

Doug played drums, and I played bass. We would learn Metallica songs on our respective instruments and then talk on the phone for 3 hours a night detailing the learning curve of our musical genius.

My parents briefly banned me from using the computer when I was 14 because, and I quote, “You spend all day on the internet downloading Metallica lyrics and bass tabs and looking up Kurt Cobain murder conspiracy theories. These obsessions are not healthy for a girl your age.”

I was going through my old stuff at my mom’s house and I found my Metallica binder – it was packed with the bass tabs and lyrics that my parents called into question, magazine clippings, and about 10,000 drawings of their logo. Teenagers are weird.

Anyway, back to Doug. Doug is going to see Metallica in Atlantic City. This is noteworthy for more than just self-indulgent nostalgia. 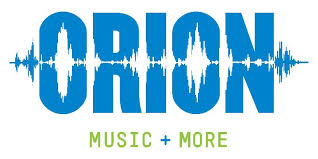 On February 7th Metallica introduced the Orion Music + More Festival to take place over two days in June in Atlantic City. In the spirit of other major music festivals – Lollapalooza, Roskilde, Reading, etc. – Metallica will be headlining and curating a 2-day outdoor festival. The band is partnering with C3 (Lollapalooza, Austin City Limits, Big Day Out) for the Orion Music + More Festival. The line-up is already pretty epic and diverse; Arctic Monkeys, Modest Mouse, The Gaslight Anthem, Fucked Up, Best Coast, Lucero, Roky Erickson, and many more.

Metallica will be playing the Black Album in its entirety the first night, and all of Ride the Lighting on the second. Which is f**king incredible (Ride the Lightning is the best Metallica album ever!).

Like most other people approaching 30, my musical tastes have evolved a lot since high school. The other bands playing the festival are much more representative of what I would actually throw on my iPod these days. What is really smart about this festival is that Metallica is cashing in on the nostalgia of their musical legacy, while recognizing that maybe a lot of their fans haven’t been as actively involved in the most recent 15 years of their career.

The Orion Music + More Festival definitely has the recipe to create a really successful event. Hopefully this is the beginning of a new summer festival tradition in North America. Why should Europe have all the fun?

P.S. Here is my favourite track from Ride the Lighting.