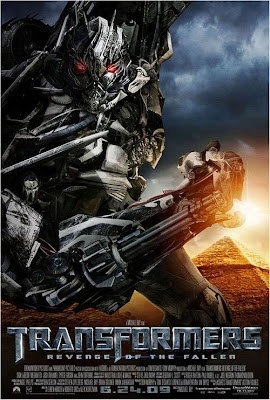 Wow – I finally had a stellar weekend. I correctly picked all top 5 films in order, and I was only off a combined $6.1 million, and two films I correctly predicted the exact total. To me, that’s like winning The Price Is Right’s Showcase Showdown! It’s freakin’ ridiculous. I will say it was more luck then anything, but I’m still happy.

Transformers: Revenge of the Fallen had a very strong weekend. Very strong. It opened at #1, and its Friday-Sunday gross was $112 million [I predicted $115 million], and its per theatre average was a ridiculous $26,453. It gets even bigger. If you take into account the Wednesday and Thursday numbers, Transformers: Revenge of the Fallen has grossed $201.2 million dollars, and that makes it the third highest grossing film of 2009 in only 5 days. The big questions for this film is whether or not it will have a strong hold. Reviews have not been kind, so we’ll see how much repeat business we will have. Now that kids are out of school, they will be wanting their parents to take them to see this film over and over again.

***Note – Final box office #’s come out on Monday, so don’t be surprised is Transformers: Revenge of the Fallen reports less than $112 million when the final #’s come in.

The Proposal held up well in its second weekend, dropping a respectable 45% for a gross of $18.4 million [I predicted it would open hit that exact same number] to finish in the #2 spot. The date film is appealing to its target audience, and the film will finish with over $100 million at the box office, which I doubt many people thought would happen. Its total gross stands at $69 million.

The Hangover continues to roll along, dropping 35.7% from last weekend for a total of $17.2 million [I predicted $18.1 million] to put it at #3in the box office. The comedy smash of ’09 continues to have amazing holds from weekend to weekend, and its current total at the box office is $183 million. It should cross the $200 million mark over the next 7 days, becoming the 4th film of 2009 to do so. It should have another weekend of smooth sailing coming up, as no major comedy is being released, but will face some competition in the form of Bruno when that opens on July 10th.

Rounding out the Top 5 was My Sister’s Keeper with an opening weekend of $12 million [I predicted the exact number]. Unfortunately, it does not have a strong per theatre average, as that was only $4,616, so do not expect it to hang out in theatres very long.

Away We Go cracked the Top 10, by being the #10 movie in the land.
The Hurt Locker opened in limited release in 4 theatres and had the highest weekend per theatre average of $36,000. The film expands into wider release in a few weeks.

So to recap, here are my predictions:

And here are the actual #’s

This week brings us Public Enemies, and Ice Age 3D: Dawn of the Dinosaurs. Check back on Friday to see my weekend predictions for those films.