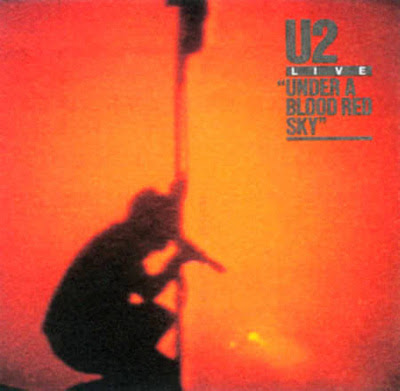 Is there a worse discovery than when you come to the conclusion that something you loved as a child just doesn’t hold up once you’ve reached adulthood?

Be honest with yourself – is Star Wars really that good once you’ve hit 30? What about those Bon Jovi or Poison albums you used to play over and over on your ghetto blaster? Then again, they were never really great to begin with. What about the comic books you’d read and reread. Hey, I can admit I still love the underlying concepts and storylines of Chris Claremont’s definitive Uncanny X-Men run, but reading again and again how Wolverine is the best at what he does just doesn’t stand the test of time for yours truly. After countless hours spent with these characters or films or albums, the revelations that they may not hold up years later can be truly be disheartening.

Which brings me to U2 – Under A Bloor Red Sky.

At 11 years old I discovered U2. It was the fall of 1988 and the band was about to release their documentary Rattle and Hum. “Desire” was the song on the radio, played incessantly on Toronto’s 680 CFTR. The Bo Diddley beat, the harmonica, Bono’s vocals – it all captured my musical imagination. Before, I was your typical kid, weaned on Duran Duran and Michael Jackson. But with “Desire”, U2 broke through my young ears. They inspired me. On Sunday November 6th 1988 my Dad and I sat in a movie theater at Mississauga’s Square One to watch Rattle and Hum on opening weekend and the whole time I worried he’d have a headache from the flick. Dad loved it, and so did I (trivia bit – the film came in second that weekend at box office. The champ – John Carpenter’s They Live).

As my fascination with U2 grew, I bought their back catalogue. Amongst the many purchases was a VHS copy of Under A Blood Red Sky, a 50 minute concert movie shot at Red Rocks Amphitheatre in Denver, Colorado in 1983. I can’t tell you how many times I sat in front of the television, watching Bono wave the white flag as the rain poured down, while The Edge dished out the solos and Larry Mullen and Adam Clayton kept that distinctive rhythm. There was nothing cinematically brilliant about Under The Blood Red Sky, but it captured the moment perfectly.

It’s been nearly 20 years since I first watched Under The Blood Red Sky, and probably 15 since I sat in front of the tv with my worn VHS tape. Until today. As part of the band’s ongoing reissue series, Under The Blood Red Sky was released in a DVD/CD package. The cd features the original 8 song mini live album, remastered for the new millennium, along with the film, which now features an additional 5 songs from the concert never before seen and edited in to the new DVD. The question I had as I put the disc into the player was simple – would the video I devoured again and again as a kid still carry any weight? Would it move me today? Would it mean anything at all?

It took a minute to say, oh yeah.

From the moment the film’s new opening song “Out Of Control” started, I sat on the edge of the couch, singing along. And this was new to the DVD! Not only is it a testament to U2’s songs, but also their performance that day at Red Rocks that so many years later a great concert film is now so much better. It’s the passion of the band onstage; Bono wasn’t the dividing personality he’s become. Instead, he was just a singer in his mid-20’s looking to conquer the world. Damned if he didn’t wind up doing it.

The songs, taken from U2’s first three albums Boy, October, and War, remain some of their strongest. In fact, 6 of the songs found on Under A Blood Red Sky would return when the band last toured in support of 2004’s How To Dismantle An Atomic Bomb. Amazingly, back in 1983 they were already playing them like the classics they’d become.

As for that moment during “11 O’Clock Tick Tock” when Bono picks out a girl from the crowd and spins her around in slow motion; it’s still gloriously cheesy.

Our memories are made of these “things” we grew up with. The books we read. The films we watched. The songs we sang. Years later, sometimes they’re better than we thought. Often times they’re worse. And sometimes these things are exactly how we remembered them, even if they’re not. I don’t know about you, but for me those are the best things of all.

Like a rainy night in Denver, Colorado on June 5th, 1983, under a blood red sky.